Cedar, originally Cedar College of Education (CCE), is part of the ministry of KwaSizabantu Mission. CCE was founded in 1994 by Kay Stegen, the late wife of Revered Erlo Stegen. During 2021, Cedar became an independent private provider of higher education. Cedar is a Christian institution which embraces Biblical values and truths as the basis for every sphere of life.

Rev Erlo Stegen (Director of Kwasizabantu Mission) and his wife, Kay, were instrumental in seeking ways to “launch into the deep” in providing Christian Education with Biblical standards. Before her marriage, Kay had been involved in teacher education as lecturer at two training colleges. Cedar Training College (CTC) was founded and officially opened on Sunday 30 January 1994. At a later stage this name was changed to Cedar College of Education (CCE).

During October 1996, Potchefstroom University for Christian Higher Education took Cedar College of Education under their wing. During 2002, CCE entered into a formal agreement with PU to offer the programmes B.Ed., ACE, NPDE, PGCE, and Hons B.Ed., as a satellite campus. The name of PU changed to North West University (NWU) in 2004.

Due to change in legislation, the agreement between NWU and CCE was terminated in 2015. Existing students could phase out of the programme. To continue to offer education in this remote area, CCE became a centre for NWU’s “Open Distance Learning” and external learning facilities were provided. Students could stay on the Cedar campus. During these times, Cedar felt to take up the mammoth task of developing its own programmes and the acquiring its own registration as a Private Higher Education Institution.  A non-profit company was registered for this purpose and Cedar International Academy was established.

Kay Stegen (nee Dahl) was married to the Director of Kwasizabantu Mission, Rev Erlo Stegen. Before her marriage and during her 30 years at the mission, Kay had been involved in education. She was the first Rector of Cedar College of Education and held this position until her death.

It was through her dedication and perseverance that the spiritual and academic standards of the college were set. Aunty Kay (as we affectionately called her) had the ability to bring joy into so many lives. This was something that came so naturally to her that she did not realise how extraordinary her gift was. She had a great capacity to love, to endure, and to empathise.

Ms Kay Stegen lived a life of service, hospitality, humility and sacrifice. Commitment and loyalty to God, His work and His people is the legacy that remains.

Kjell Olsen carried a cheerful atmosphere wherever he went. He never tired of offering support and encouragement. Regardless of circumstances, Kjell was ready to serve, help and give. He treated everyone equally with no distinction between race, gender, age or social background. He had unlimited time for others, touching people with his quiet and dignified manner.

His humility, wisdom, love for God and God’s work remain an inspiration to us.

Alpheus Mdlalose was Chairperson of the Governing Body for Cedar College of Education from its inception in 1994 until the Lord called him home in 2018.

He is remembered for exemplifying Romans 12:1, “Present your body as a living sacrifice, holy and acceptable to God”.

His contribution to the College ministry was evident to all and testified of his dedication to God’s work. His life was marked with compassion, wisdom and humility.  His example touched and reached lives for Christ. 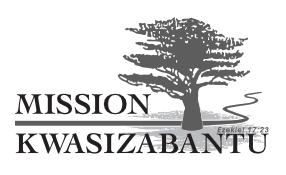 Cedar International Academy is a ministry of KwaSizabantu Mission.